What is Sex Addiction?

“Just as a heroin addict chases a substance-induced high, sex addicts are bingeing on chemicals — in this case, their own hormones.” – Alexandra Katehakis

Sex addiction (sometimes referred to as sexual dependency or sexual compulsivity) is defined as any sexually related, compulsive behavior that interferes with normal living and causes severe stress on family, friends, loved ones, and/or one’s work environment.

Sex and love are healthy, vital aspects of our lives. However, sexual and relationship behavior can become problematic when a person is out of control. Sex addicts make sex a priority over family, friends, and work. They are willing to sacrifice what they cherish most in order to preserve and continue their unhealthy behavior.

There are dramatic examples of sex addiction in the headlines about celebrities who have destroyed their lives. We wonder how people could jeopardize their careers and public images by engaging in obviously dangerous and inappropriate behavior. They exemplify the challenge of this disease insofar as addicts’ thinking about their behaviors are distorted: they deny, justify, minimize, and do whatever they can to avoid having to stop; often, they are unable to stop regardless of the consequences.

Can sexual addiction be cured?

Although addiction is a brain disease that causes physical and biochemical dysfunction, fortunately, we do have the capacity to heal our brains. Healing our brains is challenging, but a person can gain control of his/her life, stop acting out behaviors, become more aware of underlying feelings and needs, and develop healthy ways to meet those needs.

What behaviors are associated with sex addiction?

No single behavior pattern defines sexual addiction. Even the healthiest forms of human sexual expression can become compulsive, self-defeating behaviors. These behaviors include:

How can you know the difference between healthy sexuality, bad behavior, and sex addiction?

Is a person who has a sex addiction, and someone who enjoys sex and romance, who engages in unusual sexual practices, or who has a moral failure – e.g., betrays a partner and lies about it? A person is not a sex addict simply because he/she enjoys sex, has sexual preferences or activities that are different than others, has an affair, views pornography and masturbates, or sees a prostitute, etc. However, a person has an addiction when he/she continues to engage in activities that cause harm to oneself and/or to others, is unable to stop behavior despite efforts to do so, and/or tends to increase the frequency, duration and intensity of these behaviors.

Is sex addiction really a disease?

There is increasing evidence that all addictions, including sex addiction, are brain diseases. There are physical and biochemical changes in the brains of addicts that can be seen and measured in brain scans. The dopamine pathways – the pleasure centers – of addicts are larger and stronger than the dopamine pathways of non-addicts. Engaging in one’s addiction is used to calm and modulate feelings of distress, fear, grief, shame, rage, and other emotions.

When someone is addicted to a substance such as alcohol or drugs, the solution is relatively simple, though difficult to accomplish: to abstain from any use of the addictive substance. However, when someone has an addiction with regard to sexual behavior, money, or food, it is more complicated. Food, money and sex are part of normal, healthy activities. The solution is not abstinence. It is more difficult to deal with what are called ‘process addictions’, such as sex addiction. Unlike stopping drinking, we are not focusing on abstinence from use of a substance, but on coming back into balance, having healthy, satisfying sexual and emotional intimacy. Overcoming sexual addiction is especially challenging because it is difficult to avoid provocative triggers in our highly sexualized culture.

How prevalent is sex addiction?

The Society for the Advancement of Sexual Health (SASH) conservatively estimates 3% – 5% of the U.S. population suffers from sexual compulsion disorders.

The ease of accessing sexual content on the Internet has led to an exponential rise in sex addiction. 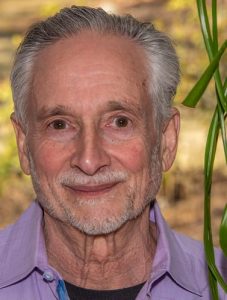